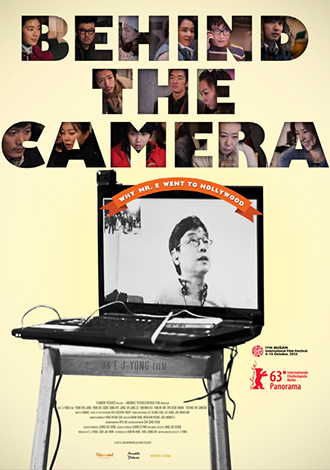 Director E J-yong’s film “Behind the Camera” has been invited to this year’s Berlin International Film Festival, where it will kick off the panorama section on Feb. 7.

E’s work is the third Korean film to be selected for the festival; directors Hong Sang-soo and Lee Dong-gu also made the cut.

This is also E’s fourth time at the European movie event. His previous works “Untold Scandal” (2004), “Daesapo Naughty Girl” (2006) and “Actresses” (2010) were all included in the panorama section.

His submission this year is about a wacky director who sets off for Hollywood with a dream to shoot a movie through the Internet.

Hong’s inclusion was made public even before the official short list was announced.