Psy may bring some ‘Style’ to Carnival

Psy may bring some ‘Style’ to Carnival 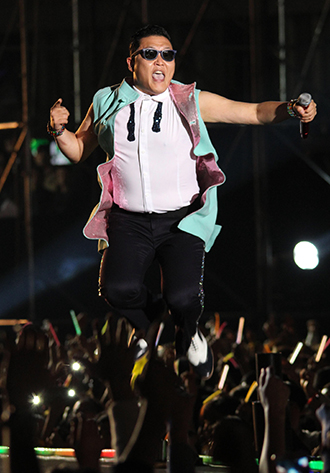 Psy fans may be treated to another “Style” in just a few weeks. The rapper who swept the world with “Gangnam Style” may don colorful garb to showcase some “Samba Style” at the Brazilian Carnival next month.

Psy, who appeared on an episode of Brazil’s popular variety program Fantastico yesterday, said his people were in talks with the South American nation to stage something for the party that’s often dubbed the “greatest show on earth.”

In regards to his possible involvement in Brazil’s biggest parade held 46 days before Easter, Psy said that if there was enough inspiration, “who knows, maybe I’ll sing ‘oppan Samba Style.’”

In addition, the 35-year-old rapper said that he was aware that there are a lot of beautiful women in the festival, and if possible, he’d like to take part in the Salvadorian leg of the show in the northeastern city located in the state of Bahia.

On Dec. 31, Psy took part in MBC TV’s “Popular Songs Festival” and said that “Gangnam Style” had just caught on in Brazil and he would promote it there.