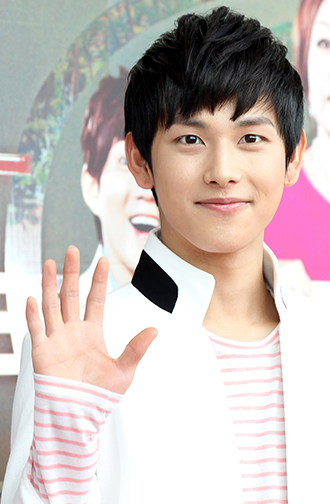 ZE:A’s Lim Si-wan said that his biggest mistake in 2012 was admitting that he’s never dated.
While on an SBS radio show on Jan. 11, Lim said that he rued the day he made the shocking revelation on the TV program “Mighty Heart.”
Lim had said on the talk show that he was ready to date after having had his whole life to prepare for it.

In addition to regretting his revelation, the boy band member said that he had a boring life until becoming an idol singer.
“I was top of the class just once,” said Lim who did affirm that he was far from being a trouble maker.
“I lived so quietly without rocking the boat that I don’t have any fond memories of being a teenager,” said the 24-year-old.

When the radio show came to an end, host Jung Sun-hee said that “it was like interviewing an old man.”
Meanwhile Lim will star in the musical “Joseph and the Amazing Technicolor Raincoat” beginning next month.