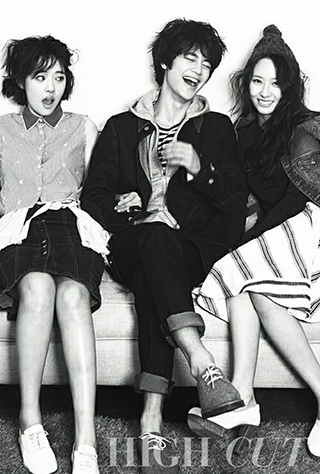 SHINee’s Minho revealed in a recent interview with High Cut magazine that of late he has become drinking buddies with TVXQ’s Changmin and Super Junior’s Kyuhyun.
Although who he hangs out with changes on a regular basis due to hectic tour schedules, Minho said that the three all like a drink or two while chatting away.

“I also like to keep in contact with Kwanghee (from ZE:A) because he’s such an upbeat character,” said the boy band member in the feature, which revolved around all things to do with coming of age.

In the interview and pictorial titled “Twenty-tree Twenty,” which also features Sulli and Krystal from f(x), the girl group members also talked about turning a year older.
The fashion magazine featuring the K-pop stars went on sale Jan. 17.