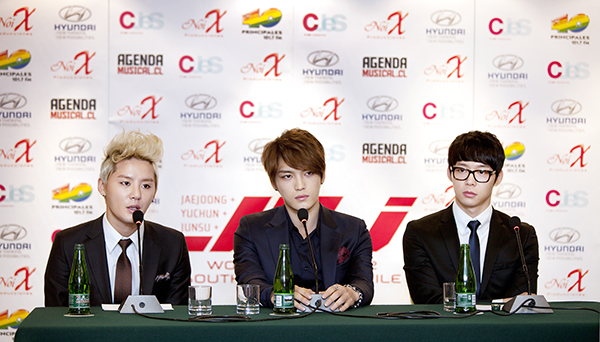 Trio JYJ will launch a limited-edition magazine titled “The Story of 1000 Days,” to mark the last few years as a group.
The three former members of TVXQ devoted 25 hours for the interviews contained within. The 139-page magazine will list the group’s achievements in chronological order.

“Everything from the release of the group’s English-language album, tours, musicals and drama works will be listed,” said a spokesperson from CJeS Entertainment.

“There were some tough times during those 1,000 days. But we can say that throughout them, we were happy,” said the group.
The band’s story will be available for purchase through its agency’s Web site, cjesstore.com.

Since going their separate ways from SM and TVXQ, JYJ members have dabbled in everything from musicals to dramas as well as a movie.