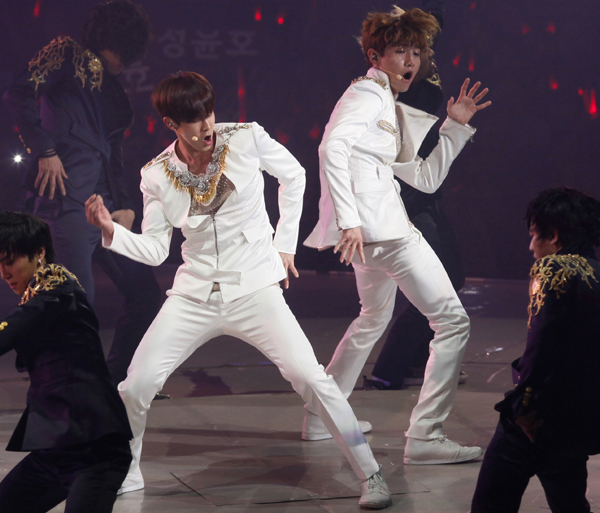 
TVXQ’s Hong Kong leg of the “Catch Me” tour was a success, according to SM Entertainment.

The boy band’s agency said yesterday that the first stop on the world tour, which took place on Saturday at the Asia World Arena, drew in a crowd of 10,000.

The duo sang a total of 26 songs in all. New songs “Catch Me” and “Humanoids” were performed alongside old hits like “Why” and “Rising Sun.”

“Fans sang along in Korean, and the whole venue was a sea of red,” said an agency representative, referring to the fans’ use of the color which symbolizes the Korean duo.

Meanwhile, Changmin and Yunho were moved when fans took to holding up balloons in the shape of “T” for TVXQ.

Ahead of the show, various local media outlets took part in a press conference where the members answered questions about their tour.

“The Catch Me” tour opened in Korea last November before the band embarked on its world tour.