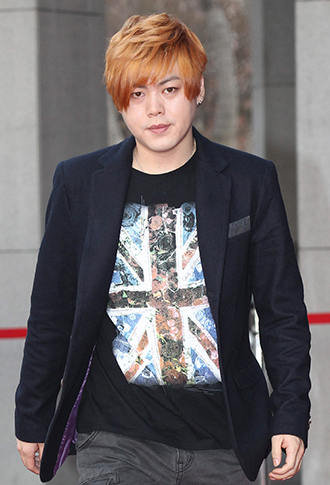 In an industry where a piece of humble pie won’t hurt anyone, Moon Hee-joon, a former idol singer, has sent his thanks to the younger idols in the spotlight.
Moon, who appeared on YTN’s news show “News 12 - Issue and People” on Jan. 22, said that he was proud of the newbies and that for what it’s worth, he did his bit for Hallyu back in the ’90s.

“At the time we really did give it our best,” said Moon on his time as a member of the boy band H.O.T.
Moon said that the quintet was one of the pioneering idol groups to have composed their own songs, but regardless it was the second generation of K-pop singers today to whom he gave his props.

“In honesty it has come to a stage where I’m famous because of my successors.

Moon offered his thanks to K-pop stars of today and said that he thought it was amazing that fans around the world were commenting on his videos online.

Meanwhile Moon released an EP recently, a first in nearly four years for the entertainer who is best known for being a TV personality these days.