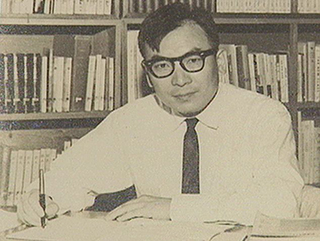 A dissident was posthumously acquitted in a retrial 39 years after he was imprisoned for campaigning against the military regime led by then-President Park Chung Hee.

The Seoul Central District Court yesterday found Chang Joon-ha, a former opposition lawmaker, not guilty of violating a now-defunct emergency decree and apologized to his bereaved family for the past “wrong” decision by the state.

“I’m happy because my late father’s honor was restored, though belatedly, and appreciate the judicial authority for this,” the 64-year-old son, Ho-gwon, told reporters. “I think it is a historic trial that will become the starting point in the country’s advance toward a future of great unity.”

In 1974, Chang was sentenced to 15 years in prison for resisting against the government, including activities to gather signatures from the public for the revision of the Yushin Constitution that the former president introduced two years earlier to prolong his stay in power.

Park, who ruled the nation from 1961-1979 after seizing power in a military coup, is the father of President-elect Park Geun-hye.

The elder Park proclaimed presidential emergency decree No. 1 in 1974 banning all activities aimed at revising the Constitution and putting any offenders in prison for up to 15 years.

In 2010, the Supreme Court ruled the emergency decree unconstitutional and invalid as it excessively violated people’s basic rights.

Chang should be declared not guilty because the 1972 decree is now defunct, the local court said Thursday.

“(The court) holds a heavy sense of obligation for past mistakes by the state,” Judge Yu Sang-jae said in his ruling, wishing that the deceased would rest in peace.

Chang was released from prison on bail in 1975 but was soon found dead in a remote mountainous area. The government soon announced that Chang fell to his death while climbing down a peak.

However, suspicions have lingered over his death, with a recently relaunched investigation pointing to a possible assassination plot as the cause of his death.

After the ruling, Chang’s son said he would soon file a compensation suit against the state. Yonhap