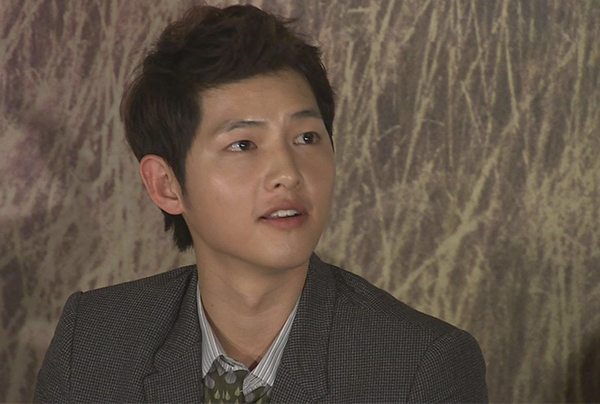 
Pretty boy actor known for his flawless skin, Song Joong-ki will impart his knowledge on skincare to his Japanese fans.
Through Nikkei BP, the Hallyu actor will unveil a Japanese version of “Beautiful Skin Project for Men” on Monday.

In Korea, Song’s beauty book released in 2010 with the help of beauty editor Hwang Min-young was a huge success.
To shake things up, Song has thrown in some special message to fans and some never-before-revealed pictures into the bargain for the Japanese reader.

The 27-year-old who rose to fame through the drama “Sung Kyun Kwan Scandal” (2010) has long been heralded for his perfect skin.
His trademark pale and blemish free face has helped him land the job of being the face of Seoul Milk last year.

It seems that even females are envious of Song’s smooth appearance.
Last year, his co-star from the hit-movie “Werewolf Boy,” Park Bo-young said that working with Song brought out the green-eyed monster in her.
At a press conference for the film Park said that she even asked Song for skin care advice and he let her in on the secret: an apple a day.