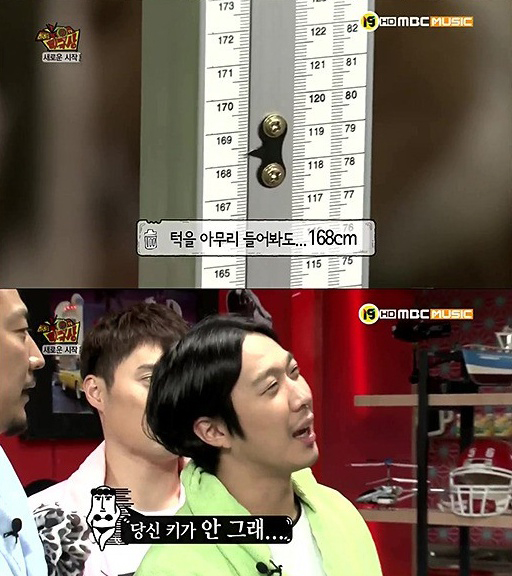 It was a sad day for singer and comedian Haha, and a hilarious day for everyone else when the entertainer measured himself on the MBC Music show “Haha’s 19 TV Mutiny.”

In the Jan. 28 episode, Haha — often the butt of jokes about his height —confessed that all this time he had been lying about his stats.

One of the lies was that he was a blood type O, “because at the time the agency told me that if I revealed that I was a type ‘B’ I’d be unpopular with the public.”

Another confession was his height. Although he had made it known that he stood at 174 cm (5 foot 8 inches), upon measuring it was found that Haha stood at just 168 cm.
In another shocking Haha confession, last week he announced that his wife of two months was pregnant with their first child. The two wed back in November.