Hyoyeon confesses to being a club fiend

Hyoyeon confesses to being a club fiend 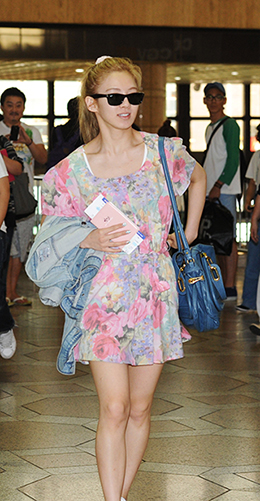 While on MBC’s “Blind Test 180 degrees,” Girls’ Generation’s Hyoyeon confessed that she liked to get down once in a while to blow off steam.
When the host Boom asked whether Girls’ Generation enjoyed a night out and about, Hyoyeon said that when stress got the best of her she would “go low-key clubbing.”
But once there, she said it took the right kind of man to get her grooving on the dance floor.
“The role of a DJ is critical at a club,” said the girl group member.
“If the music isn’t good, I don’t want to dance,” said the member who is regarded as the best dancer from the group.

The new MBC show is one of a kind and has the hosts asking entertainers questions that the public submits.
The episode featuring Hyoyeon aired Jan. 29.