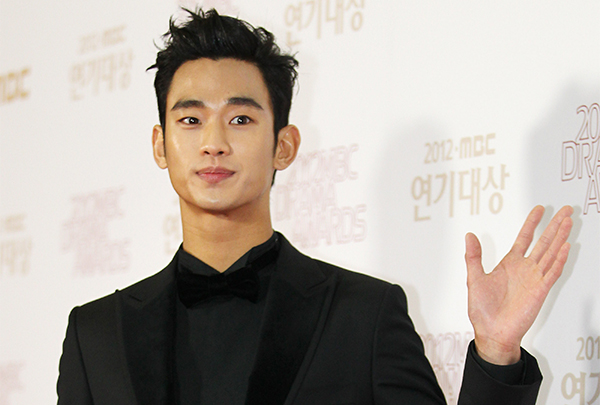 
Hallyu actor Kim Soo-hyun has been named as the “Model of the Year” by this year’s TVCF awards.
The event ceremony which recognizes the best TV commercials for the year took place at COEX, southern Seoul, on Jan. 29.

At the awards Kim was acknowledged for his presence in the advertising industry.
His appeal as a model that is popular across the board among every demographic was attributed to his win.

Through the MBC hit-drama “The Moon that Embraces the Sun” Kim ended up as the face of 17 products simultaneously.
He set the new record in Korea for the entertainer with the most number of exclusive advertising deals at one time.
By Carla Sunwoo [carlasunwoo@joongang.co.kr]