Goo Hara is ‘A-ok’ after appendectomy

Goo Hara is ‘A-ok’ after appendectomy 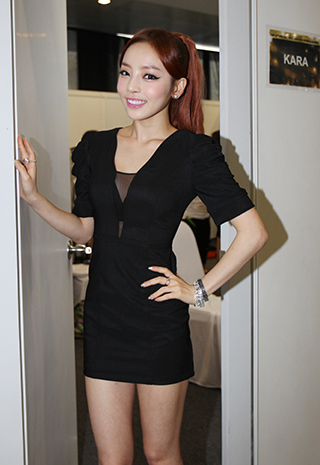 KARA’s Goo Hara assured fans yesterday that she is ok, showing a photo of herself in public for the first time since having an appendectomy last week.

“I am fine,” Goo said in a Twitter message yesterday. “Thank you, Kamilia, for your concern,” she said, referring to the fan club of the five-member K-pop girl group.

The 22-year-old singer was rushed to a hospital early Thursday in her manager’s car after she experience acute abdominal pain, according to her manager. She was diagnosed with appendicitis and had an operation at 11 a.m. Thursday. Later that day, the manager said that the operation went successfully and Goo would be discharged from the hospital about two days later.

In the Tweet, Goo showed a photo of her lying in bed in a patient’s gown at the hospital making the “OK” sign with her left-hand. KARA’s members are doing individual activities this month after the group held a successful New Year concert in Tokyo on Jan. 6. The concert brought a sell-out crowd to the 45,000-seat Tokyo Dome.

Goo was scheduled to have a recording session in Tokyo Friday but had it postpone it due to the operation.