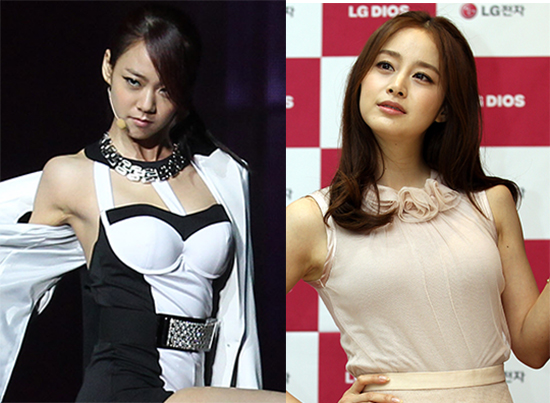 After stepping away from the KBS production “Iris 2,” Han Seung-yeon of the girl group KARA has been cast in the upcoming SBS drama “Jang Ok-jung.”

She’ll be working with “Iris” actress Kim Tae-hee. The announcement is causing quite a stir online, with many fans excited at the prospect of seeing the two beauties together on one show. Han will play a concubine and mother of King Young-jo.

It’s the first period piece for Kim, who will play Jang Ok-jung, (the real name of Lady Jang Hui-bin) one of the best known concubines of the Joseon Dynasty (1392-1910). Kim’s take on Jang will portray her as a gifted fashion designer who starts her life in the palace as a seamstress. The drama centers on Jang as she forges her way through a rigid caste system.

Regarding when Kim and Han will begin working together, a spokesperson for SBS told TV Daily that it won’t be too soon. “The two characters don’t have much interaction in the beginning,” said the representative.

The drama will begin airing next month.