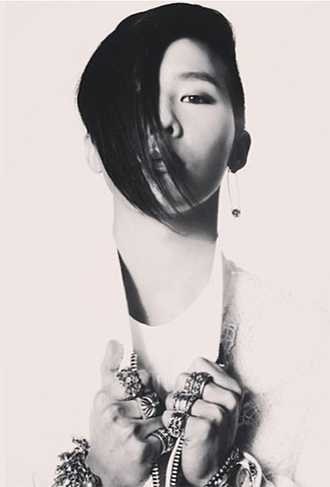 G-Dragon uploaded a picture of himself on the picture-sharing application Instagram on Feb. 4, much to the delight of fans worldwide.

The picture titled “White” generated more than 1,300 responses within an hour, and many commented on the singer’s “cool look” as well as on his creativity.

The leader of the Hallyu group Big Bang has long been heralded as the icon for fashion and all things artsy.
Last month he showed his far-ranging social network within the fashion industry by penning a song for U.S. designer and stylist Nicola Formichetti

He boasts a wide following both at home and abroad, with one of his most notable fans being the American songstress Jill Scott.
In January she tweeted about her love of the Hallyu group to which G-Dragon belongs by tweeting “Feeling Big Bang’s Bad Boy right now. Dope.”