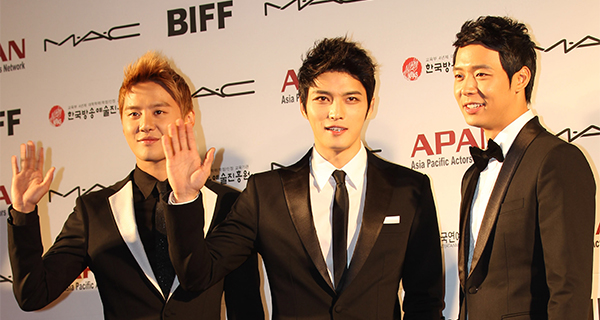 
JYJ has been picked as the No.1 boy band to give chocolates and hearts away to, in time for Valentine’s Day.
Japanese K-pop Web site Mpost revealed the ranking after collecting feedback from 1,000 women from their teens to their sixties.

The group topped the “Group We Want to Give Chocolates to on Valentine’s Day” list with 71.6 percent of the votes awarded to the trio.
Even in the individuals’ segment, members Kim Jae-joong, Kim Jun-su and Park Yu-chun topped the list.
Coming in after JYJ were groups Code-V and TVXQ.