Sandara Park to be the face of Clio

Sandara Park to be the face of Clio 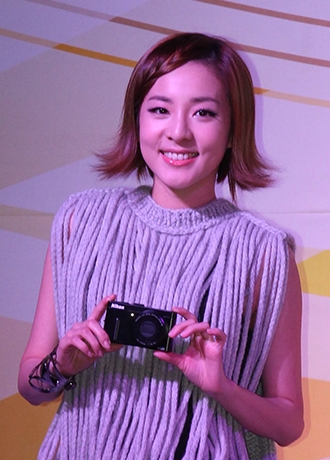 Long hailed as the prettiest among 2NE1 band members, Sandara Park has been picked as the new face of the makeup brand Clio.

The company, which had singer Lee Hyo-ri represent its line for some time, said Park was picked for her Hallyu appeal.

“We wanted someone with a vibrant personality as we look toward expansion abroad,” said a Clio spokesperson, adding that during the photo shoot they went for a “girl-turned-woman” concept.

Leading up to the big announcement, Park entertained fans online with an array of hilarious images of herself.

Via Twitter, Park showcased herself as the model of various hip-hop looks using a hairstyle application.

“Palm tree, bandana, shaved hair look .?.?. what else can I try? Taking suggestions,” tweeted Park with accompanying pictures on Saturday.

Singer Se7en was quick to talk her out of, but in jest, any new endeavors by replying, “Fans can only put up with it so long.” By Carla Sunwoo