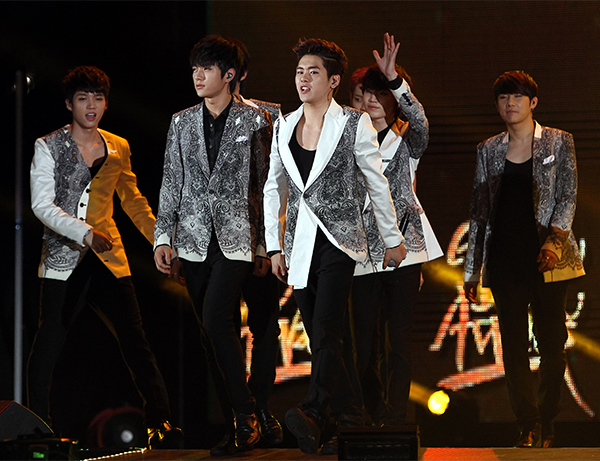 
Boy group Infinite will hold a fan meet in March to reconnect with fans en masse.
Ullim Entertainment said that the meet will take place on March 1 at Olympic Park in eastern Seoul under the banner “Infinite Gathering.”

The event will consist of a concert and a talk show segment, among other activities.
“As each member was busy pursuing their own solo careers last year, the band wanted to get together as a group with the fans,” said a spokesperson from Ullim.

Tickets for fan club members will go on sale Feb. 13 while general tickets will be sold starting Feb. 18 on Interpark’s Web site.