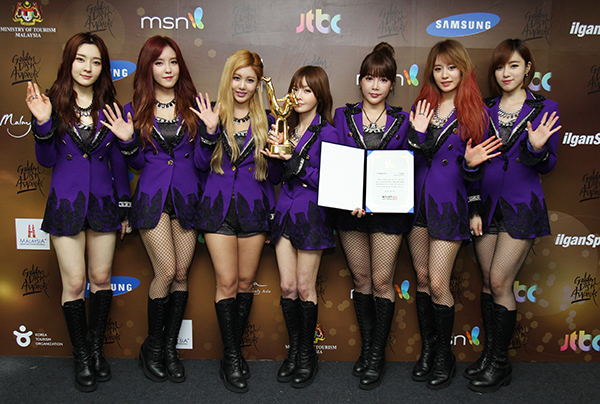 
Girl group T-ara will spread some love over the Lunar New Year by treating the underprivileged and fans to tteokguk (rice cake soup). The band’s agency said that the event was originally the idea of the boy band Speed, but the girls heard about the good deed and decided to take part.

“In addition, the girls want to give out 100 bags of rice they received from fans to the needy,” said a representative from Core Contents Media.

T-ara and Speed’s collaborative deed will take place on Saturday at a chicken franchise restaurant in Bucheon, Gyeonggi.

“The rice bags will be delivered to an orphanage in the area, while 12 residents at the facility will be invited to have tteokguk at the restaurant,” said the spokesperson.

In addition to dinner, the group will take pictures and give out signed CDs to the lucky 12.

Other acts belonging to Core Contents Media like The SeeYa and 5dolls will also take part in serving the meals while fans have also been urged to come.