Hyun Bin to step back into the limelight

Hyun Bin to step back into the limelight 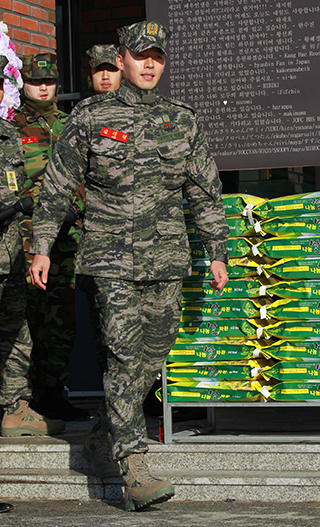 Hyun Bin, released from the Army two months ago, will at last get to work from next month.

According to his agency, the Hallyu star will go to Taiwan on March 9, where he’ll set off on a seven-city tour.

Ahead of his conscription in 2011, Hyun was a rising star in Taiwan due to his movie “Late Autumn” and the drama “Secret Garden” being well received there.

“Because of the timing, he wasn’t able to thank the fans. Now that he’s out of the military, he’ll do that,” an agency spokesperson said.

Although he hasn’t taken on any film or television roles since his discharge, a Samsung TV ad featuring the popular actor started airing last month.