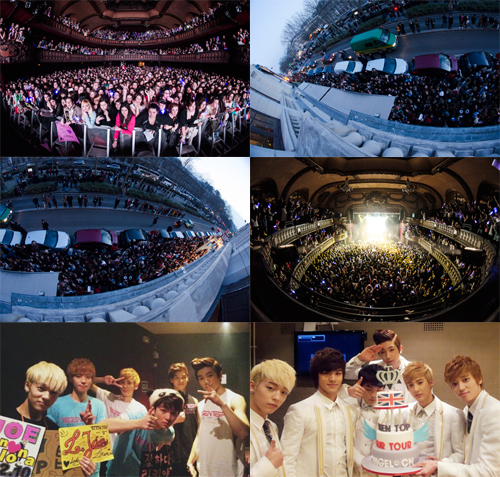 While others were enjoying Seollal, or Lunar New Year, boy band Teen Top has spent the weekend dazzling fans in Europe.

Top Media announced that the group, which embarked on its European tour on Feb. 3, has finished with a show in Barcelona on Sunday. Organizers who oversaw the Spanish show said that the noise the crowd made was “louder than during a heavy metal concert.”

In addition, the show at Le Trianon in Paris on Saturday was record-breaking.

“The organizers said that the group’s show generated the loudest decibel and vibrations at the venue to date,” said a Top Media spokesperson.

The crowd’s singing and dancing were thought to be the cause.

“At one point some fans were injured when the crowd started gathering to the front.”

In all, the group had performed for fans in Germany, England, France and Spain.

The band returned home yesterday and is set to release a new album on Friday.