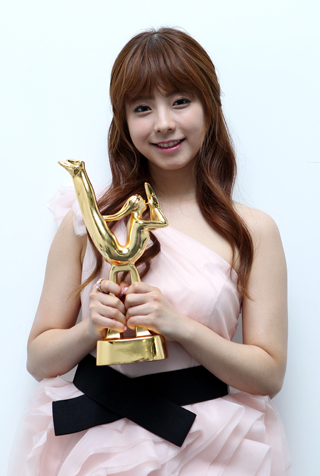 Singer-songwriter Juniel has her eyes set on conquering Japan as the she looks to launching her Japanese debut album on March 6.

According to her official Web site, the release will contain 11 tracks, one of which being her debut single “Forever.”
The talented youngster wrote most of the songs on the album herself and has already garnered some following across the sea, owing to her live performances on the streets of Japan, dating back to 2010.

Last year, she released an EP titled “My First June,” but next month will mark her very first full-length album.
By Carla Sunwoo [carlasunwoo@joongnag.co.kr]