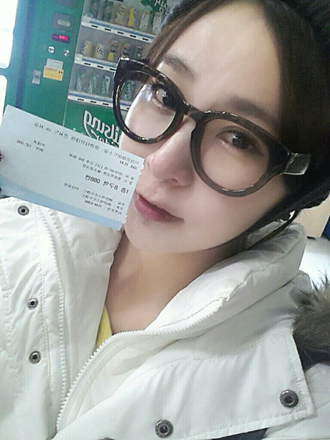 Chanmi from 5dolls is with the dolls no more.
On Feb. 17 she announced her decision to leave the group.
The girl group member said that “due to the contract with the agency coming to an end,” she has decided to leave the company and to pursue a career with a new agency.

“Thanks for all your love and support,” Chanmi said to her followers.
She also promised that she’d make a comeback soon enough with a new agency.

Chanmi made her debut with the group Coed School back in 2010 then eventually made the move to join the 5dolls, which belongs to Core Contents Media.