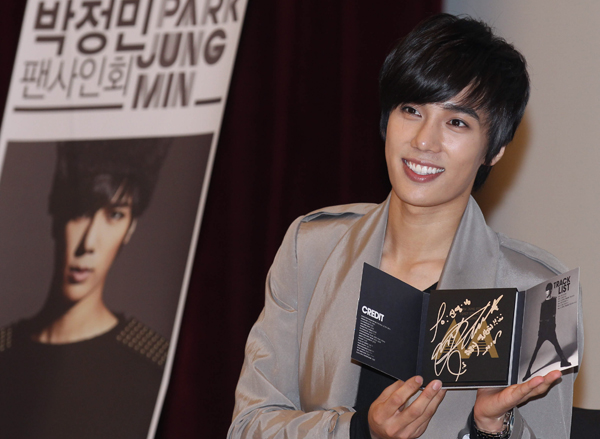 
Former SS501 member Park Jung-min is set to channel his inner Romeo for a “Jepp Tour” in Japan.

Ahead of the shows, which will kick off March 19, Park held a press conference in Tokyo last week where he talked about his intentions for his first solo tour.

Park told reporters that he and “Romeo” were two different people, and that his new name helped him tap into a “darker” side of himself, while Park was just him in his natural state.

Park promised performances by both Park and the character named after Western literature’s best-known lover.

The tour will kick off in Fukuoka before moving on to Osaka on March 21, Tokyo on March 22 and Nayoga on March 23.

Park came up with the name “Romeo” last September to mark his Japanese debut.

Last year was big for Park, who sued and won against his former agency CNR Media. The K-pop star sued on the grounds that the agency illegally withheld his earnings. By Carla Sunwoo