SHINee is back on top of charts

SHINee is back on top of charts 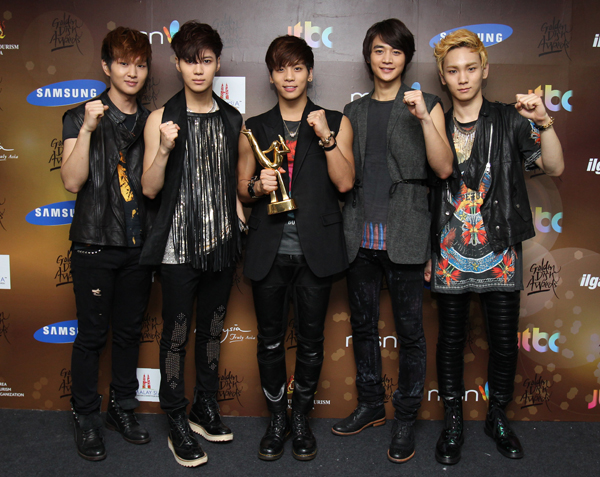 Just a day after it launched its third album “Dream Girl,” SHINee is back on top of the charts. Yesterday, the band topped iTunes album charts in Japan, Indonesia, Malaysia, Singapore and Taiwan.

As well as topping the five charts, the group secured top spots on charts in Thailand, the Philippines and Macau. Even in places as distant as Sweden, Portugal and Australia, the album is also doing well. The album is said to be of the acid-electronic funk genre and boasts some interesting titles, such as “Hitchhiking” and “Punch-drunk Love.”

In addition to the title track “Dream Girl,” all other songs on the album tipped off to be hits.

Ahead of the album’s release, SM Entertainment announced that it would break up the album into two parts.

“The album will come in two versions, and there will even be keywords hidden in the two albums which will be a lot of fun for fans to decode,” said a spokesperson from SM Entertainment. The second installment is set to be released in April. By Carla Sunwoo