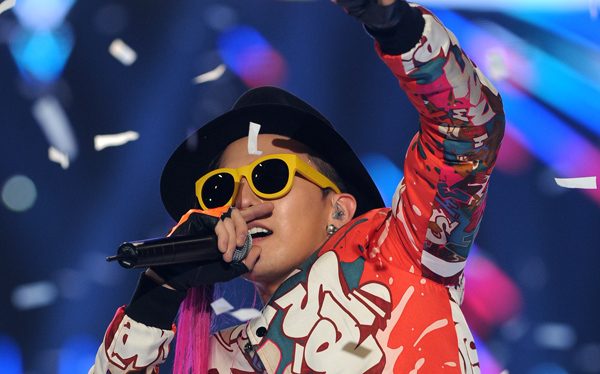 G-Dragon, the leader of Korean boy group Big Bang, will start his world tour next month in Korea.

The hip-hop artist will hold his first solo concert March 30 and 31 at Olympic Park, southern Seoul, under the title “2013 G-Dragon 2013 World Tour: One of a Kind.”

G-Dragon, who’s also known for his fashion sense and wit, used “One of a Kind” as the title track of his mini-album of the same name released last fall.

He reportedly wanted to imply that the album and the song convey something that only he’s good at, no one else. Similarly, at the upcoming concert, he says he wants to express who he is freely, without any reservation.

Tickets will be sold for two days starting at 8 p.m. March 5 through the Web site “G-Market.”

Recently, G-Dragon made headlines by announcing he was set to perform at four Japanese domes including the Seibu Dome and the Kyosera Dome, something no Korean artist has ever done. His agency, YG entertainment, expects the concerts in Japan to attract about 361,000 fans. By Ahn Joo-hee