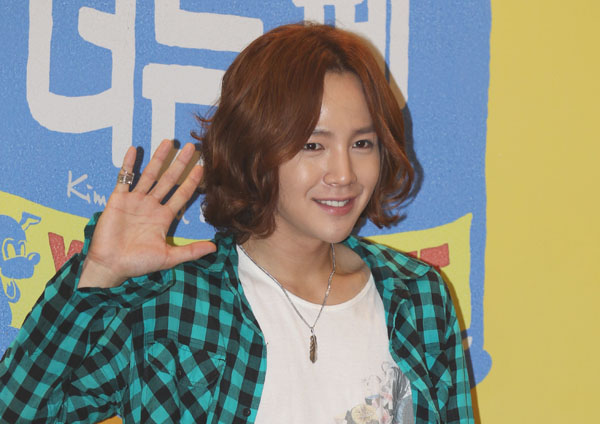 Hallyu star Jang Keun-suk is embarking on another Asia tour starting in Japan, where he has a large fan base.

Jang will perform today and tomorrow in Hiroshima. His two-day concert is titled “Team H Party - I Just Wanna Have Fun.”

His latest album slated to be released on Wednesday is also titled “I Just Wanna Have Fun.”

Team H stands for a project group Jang and his musical partner and producer DJ Big Brother formed. While Jang has performed overseas before, this marks the first time for the duo to perform.

“Because this is Team H’s first tour, it’s extra special to me,” he said. “I am both very nervous and psyched to showcase my new album.”

After the concert in Hiroshima, Team H will perform in Kobe and Sapporo, then Shanghai, Thailand and Taiwan.

The 26-year-old Jang has attracted over 163,000 audience members in his pervious Asia Tour last year.