After School wows fans in Bangkok

After School wows fans in Bangkok 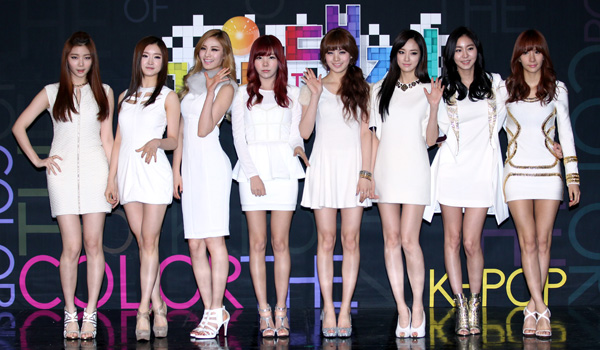 Girl group After School held a successful fan meet at Central World Live in Bangkok for the first time on Saturday, according to Pledis Entertainment.

Members performed an array of hits like “Flashback” “Because of You” and “BANG” and did their best to express their gratitude to the sold-out audience.

In addition to local fans, about 100 members of the press attended the event and complimented the group for its performance.

Back home, After School is preparing a new album, slated to be released this year, while also focusing on solo acts.

Orange Caramel, the subunit of after school, that first made its debut in Japan last September will release its first album in the country on March 13. Its members - Rizzy, Raina and Nana - already unveiled the music video for the title track “Cookie Cream and Mint” in which they are dressed up to be cute and adorable.

The Japanese album contains the songs “My Sweet Devil,” a Japanese version of “A~ing,” “Bangkok City” and others.