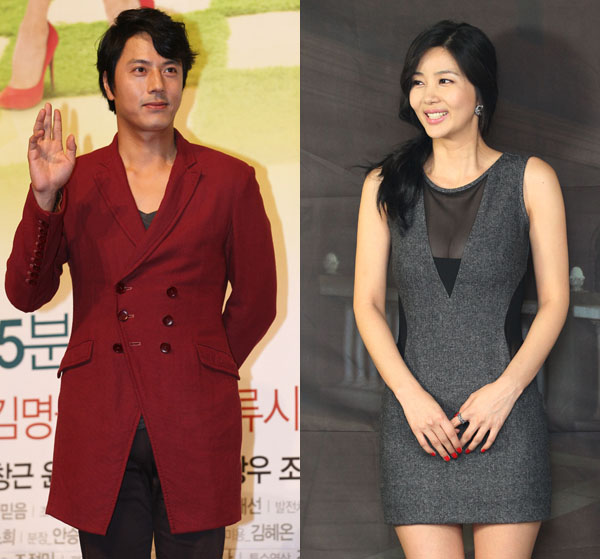 After a three-year relationship, celebrity couple Han Jae-suk and Park Sol-mi will walk down the aisle in April, according to Han’s agency.

The wedding ceremony will take place on April 21 at the W Seoul Walkerhill Hotel in Gwangjang-dong, eastern Seoul.

The pair first got to know each other while working together on the KBS drama “The Great Merchant” but fell in love only after rumors began circulating about a potential relationship between the stars.

After exchanging some texts, they became lovers by May 2011.

Just like all couples, sometimes there were rumors about a potential split.

But recently in an interview at a party for the successful end of the drama “Ohlala Couple,” Han said, “I don’t have a detailed plan for a wedding yet, but I would marry my girlfriend Park Sol-mi if the occasion arises.”

Park recently appeared in “Law of Jungle,” a reality show in which stars explore wild and unknown areas of the world like the Amazon.