JYJ is finally heading back to Japan

JYJ is finally heading back to Japan 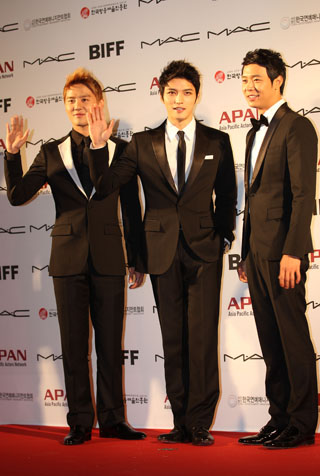 JYJ will appear at the iconic Tokyo Dome for the first time in four years, CJeS Entertainment announced on Monday.

“It is a meaningful event for them for many reasons, and we will announce further information this week,” the agency said.

It’s a long-awaited comeback for the group after it was forced to suspend its activities in Japan in the midst of a legal battle over an exclusive contract with SM Entertainment.

The group only managed to sign with Japanese agency AVEX after an injunction was issued against SM. But it was later forced to stop yet again after disputes with AVEX.

In that matter, a Japanese court ruled last month that the Japanese agency could not claim exclusive management rights over the stars and should pay 7.8 billion won ($7.2 million) to JYJ’s Korean agency.

Since the group still enjoys much popularity among Japanese fans, it will likely have a successful comeback in the country. By Ahn Joo-hee