Psy gets on board to help out teens in Nepal

Psy gets on board to help out teens in Nepal 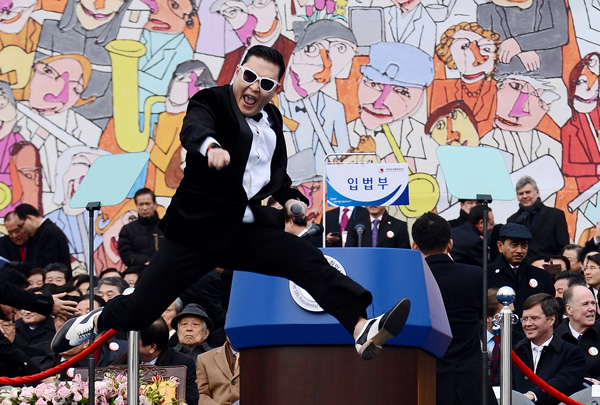 
Psy has taken on another cause, this time to help out Nepali teens in need of a school.
According to charity organization Goodway With Us, the worldwide sensation has donated signed CDs and T-shirts toward the project that seeks to raise enough funds to build a school in Nepal.

Those who donate to the cause will be given the chance to win one of the signed merchandise.
Meanwhile, it’s not only the “Gangnam Style” rapper that is behind the project. Big Bang and 2NE1 members have also donated signed goods to the charity, all in the name of helping out youth in poverty-stricken areas.

Psy was home to perform at the inaugural ceremony for President Park Geun-hye on Feb.25. From March 1, he will be in Australia, partaking in the “Future Music Festival,” which takes place in five cities around the Down Under nation.