G-Dragon spends the night with a comedienne and a ballerina

G-Dragon spends the night with a comedienne and a ballerina 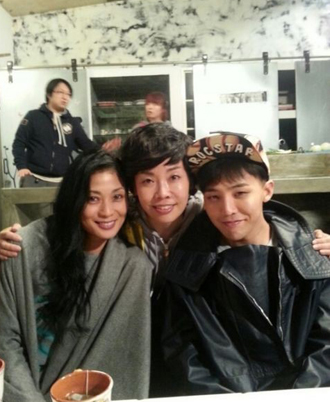 It was Kim who let it slip via Twitter on March 3 that the three would star in the first episode of a new variety program.

“I must have rescued the nation in my past life or something,” joked Kim while uploading a picture of the trio.

The program featuring the three is a new SBS show titled “Thank You” and rounds up the unlikeliest of entertainers to spend the night together and chat about life.