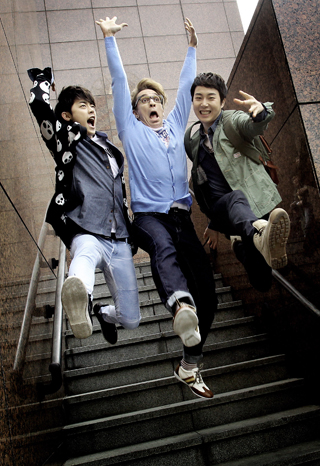 Busker Busker, which gained stardom on “Super Star K” in 2011, has signed with a new management agency to expand its local presence.

Newly minted Chungchun Music announced the news about its first client on Twitter and other social networking services yesterday.

The group’s frontman Jang Bum-joon will solely focus on music, such as writing songs and lyrics, while Brad, and Kim Hyung-tae will receive agency support upon request.

“We respect Busker Busker’s passion in music,” said the agency. “We will put our best effort into producing songs that enable the group to communicate with the public.”