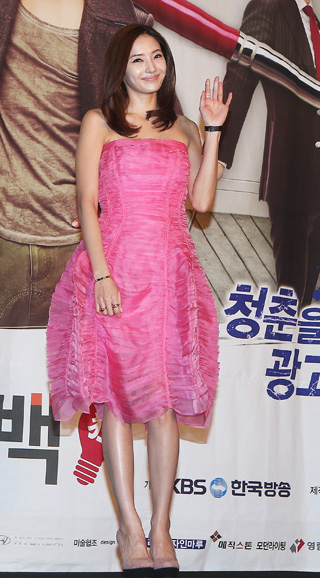 Han Chae-young, star of KBS drama “Advertising Genius Lee Tae-baek” whose nickname is Barbie due to her looks, is 11 weeks pregnant, according to her agency BH Entertainment yesterday.

Han recently visited a hospital to have a check-up and got the news.

“Han and her family are very happy,” the agency said. “She will focus on taking care of her health and taking on the responsibility of being a mother while she continues to star in [entertainment programs].”

Han has been married for six years to a businessman named Choi Dong-jun. It has been said that she delayed plans to get pregnant so that she could continue to work.

“She’s been busy with shooting the ongoing drama, but Han and the baby are both in a great condition,” the agency added.

Han currently stars as a Go Ari, an account executive of an advertising agency who abandoned her old lover in order to focus on her career and own success after graduating from university in New York.