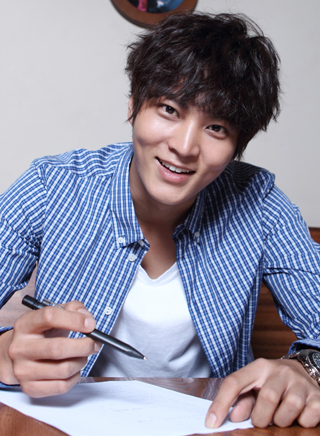 Joo Won, who gained recognition after starring in the drama “Bread, Love and Dreams” in 2010, has been cast as a lead actor in the movie “Only You.”

The news comes as a surprise as Joo has only filmed two movies thus far: “Special Investigation Unit” in 2011 and “Don’t Click” in 2012.

In the romantic comedy supported by Lotte Entertainment, Joo will play a cop who falls in love with a thief who breaks into vacant houses.

The thief has not yet been cast.

Production will begin in the end of April after the cast of main characters is finalized.

Although he’s better known as an actor of late, Joo has also dabbled in singing and even released a single titled “Nadeshiko” in October in Japan.

It was the theme song for the Japanese movie “Bungo,” which opened in September.