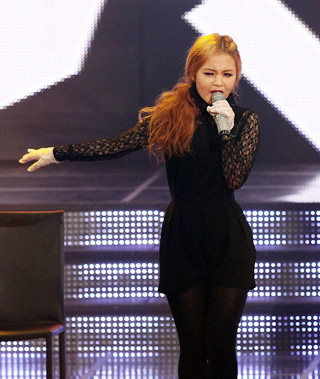 The title track “It’s Over” swept the No. 1 spots on major music Web sites including Melon, Mnet.com, Olleh Music and Bugs Music the day after its release.

The five songs on the new album take a different tack than standard-issue K-pop releases, using elements of jazz and rhythm and blues.

And it looks like Korean fans are welcoming the fresh take because “Turn It Up,” “Special” and “Dream” also ranked highly on popular song lists. In the music video accompanying the release last week, the 16-year-old songstress gives off a girlish vibe with vividly colored teddy bears and toys as props.

Lee’s agency, YG Entertainment, will release the five-song second part of the album on March 21, leading off with the title track “Rose.”

“First Love” was produced by YG President Yang Hyun-suk, with contributions from some of the company’s best producers including Teddy, Tablo and Choice37.