Sung Yu-ri to return with an SBS drama

Sung Yu-ri to return with an SBS drama 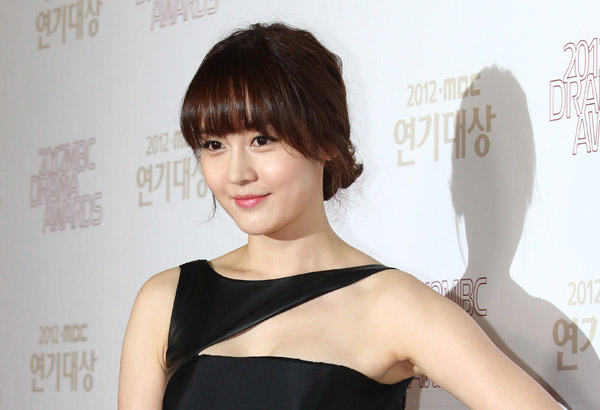 Singer-turned-actress Sung Yu-ri may be coming back to television with a new SBS drama that is scheduled to go on air on April 27.
The producing team of the drama, tentatively named “Secrets About Your Birth,” asked Sung to play the leading role in a new weekend drama, according to a local media report yesterday.
It is said that Sung is reviewing whether she would accept the offer or not.
Her agency, King Kong Entertainment, said the 32-year-old actress will give her answers after reading the script.
She has been away from the TV screen since her MBC drama “Feast of Gods” last year.
The drama is about a woman who suffers from memory loss.