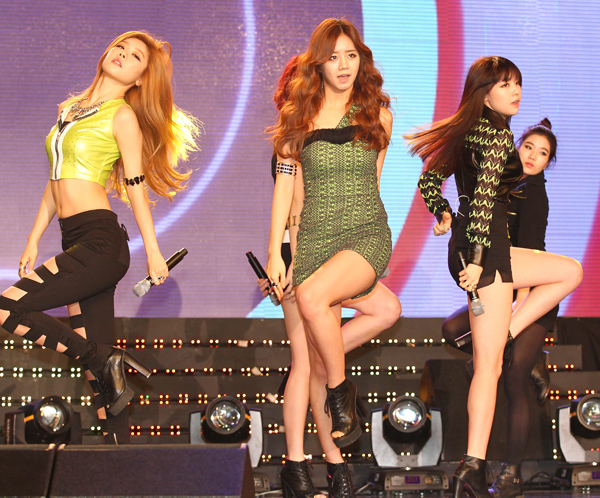 Since it had its first performance in 2010, the group has only released several EPs but never a regular album.

In the album titled “Expectation”, the group put a total of 14 songs, including six new songs and others that have been retouched from previous releases.

The title song “Expect” uses a combination of analog and electronic sound to make the dance tune bouncier and more upbeat. It is a song about a girl who lusts over a Casanova.

All of the members contributed to composing melodies or writing lyrics for the songs. Sojin wrote lyrics and composed the song “Girls Day World,” and the others participated in producing “I Don’t Mind.”

The group gave its first performance for the new album yesterday on “M Countdown.”

Previous hits from the girls include “Hung Me Once,” “Oh My God” and “Don’t Forget Me,” which were included in EPs.