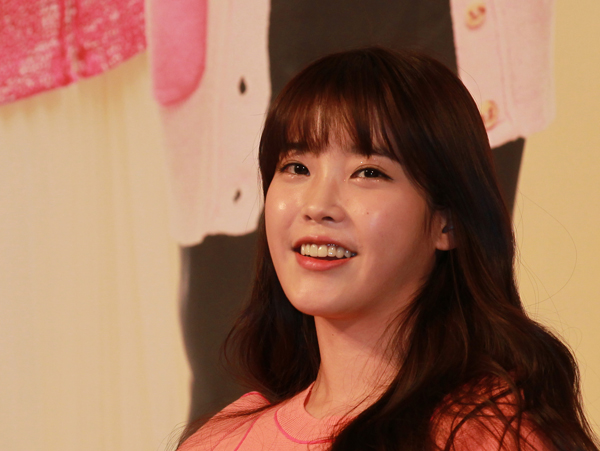 In the original poster, some of the actors and actresses stand or sit on a pile of 100 won coins that have an image of Admiral Yi. The staff has changed the coins to a plain gold platform.

As the name of the troublesome main character played by singer IU sounds the same as Admiral Yi, the youth group DN requested a ban on using the name of Korea’s historic naval commander at the Seoul Central District Court.

Although the drama’s production team is said to have no plans to change the name, it decided take out some of the elements that could hurt the respected image of the admiral.

In the drama, characters will also refrain from calling clumsy Lee “only worth 100 won.”

Yi is famed for his victories against the Japanese Navy during the Joseon Dynasty. By Lee Sun-min