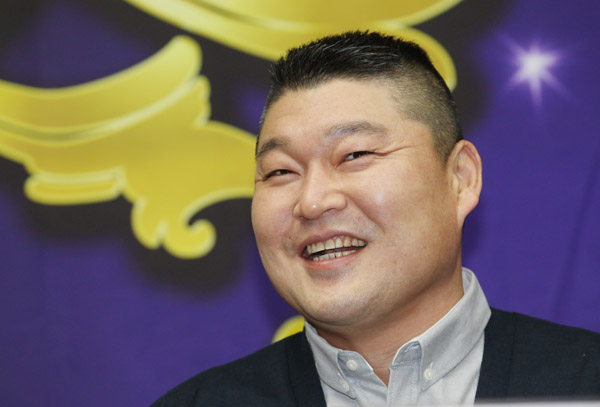 According to officials at KBS, the broadcaster unveiled a new show tentatively named “Expert of Variety and Sports.” Kang will lead other guests and members to various neighborhoods and play sports with local residents.

Lee Soo-geun will be the assistant host for the program, and Kim Byung-man, well known from his adventures in the show “The Law of the Jungle,” and comedian Park Sung-ho of “Gag Concert” will be the first guests.

In the first show, guests will play ping-pong.

Other media reports said that as many as seven assistant hosts will join the show.

“[We will show] neighbors who enjoy playing sports that they can have a fair game with celebrities,” said a member of the production staff. “We expect some enthusiastic participation.” By Lee Sun-min