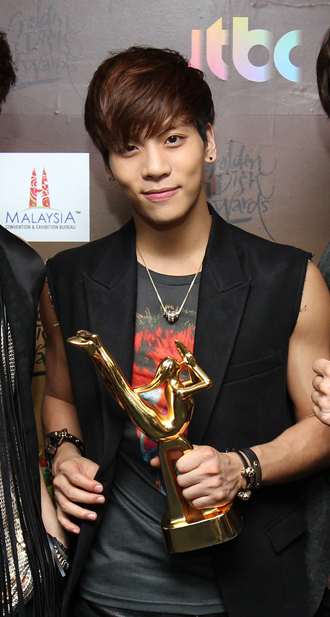 Jonghyun of boy band SHINee broke his nose after crashing into a guardrail on Dongho Bridge early yesterday morning, according to local media reports.

He was driving to the group’s dormitory in his personal car after visiting family at home, the group’s agency said.

The star was transported to the emergency room after the crash and had a thorough check-up at the time. He will remain hospitalized while he undergoes treatment for the injury.

SM Entertainment has not decided how to handle booked events. The five-member group has a busy schedule as it released a new song called “Dream Girl” in February. It has taken the No. 1 spot on many local music charts and television programs.