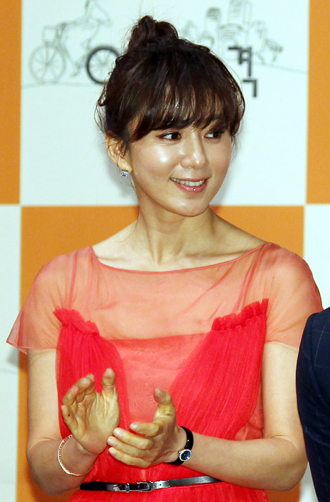 Kim Hee-ae will return to the big screen for the first time in two decades, according to Ilgan Sports, an affiliate of the Korea JoongAng Daily, yesterday.

She will take a leading role in “Elegant Lie,” for which filming will start in June.

Although Kim has made frequent appearances in television dramas including JTBC’s “A Wife’s Credential”, her last role in a movie was in “101th Propose” (1993).

In her newest flick, she will play the mother of a 14-year-old girl who commits suicide. The film will follow her struggles about her daughter’s death.

“Because the piece takes on a serious issue in teenage suicide, [Kim] has decided to take the role,” said an official close to Kim in other media reports.

The story is originally from a novel of the same title by author Kim Ryeo-ryoung. Kim’s book was also the inspiration for “Wandeugi” (2011), a story of a high school student with a disabled Korean father and an immigrant Filipino mother.

Director Lee Han, who produced “Wandeugi,” will also work on the new film.