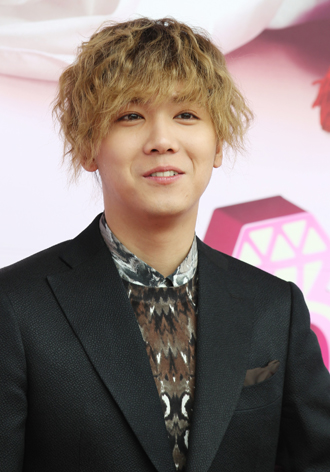 Many of the K-pop stars played pranks on their social networking services to celebrate April Fool’s Day yesterday.

Lee Hong-ki of boy band FT Island said that the group would be disbanded as of yesterday on his Twitter account. He then posted a synthesized photo of himself with red eyes and red hair and claimed that he’s actually a vampire.

Singer Park Jung-min confessed on Twitter that he has hidden children and apologized for having not gone public with their existence. Turns out, the hidden “child” was his pet dog.

Members of 2PM bantered back and forth on Twitter about one another’s lies.

Band member Junho said he composed and wrote lyrics to all of the songs in the group’s new album. Another member Jun. K said that the headquarters of the group’s agency JYP Entertainment is moving to Daegu.