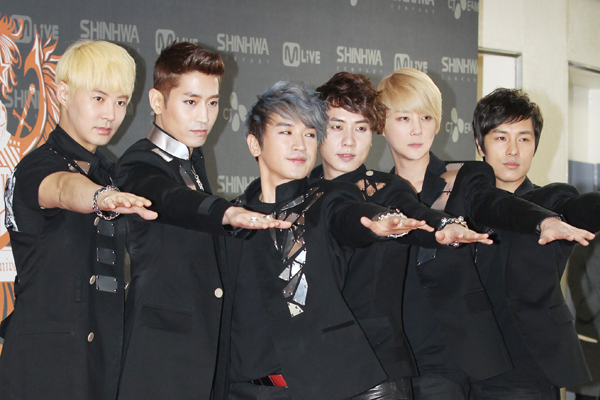 Shinhwa warned its Japanese fans yesterday to watch out for event organizers purporting to have an official relationship with the K-pop group.

Shinhwa Company, the entity established by the six members of the group, said on its official Web site that it terminated its contract with a fan club organizer last year and is currently looking for another company with which to do business.

“To prevent fans from signing up for memberships with businesses that are not officially doing work for Shinhwa, we want [you] to be cautious,” the group said. “We will soon announce the identity of our new agency or may decide to directly operate our fan club in Japan.”

Local reports said that the group is considering taking legal action against the company as it is still advertising its relationship with Shinhwa.

It also plans to release its 11th regular album by the end of this month before visiting Japan, China and elsewhere.