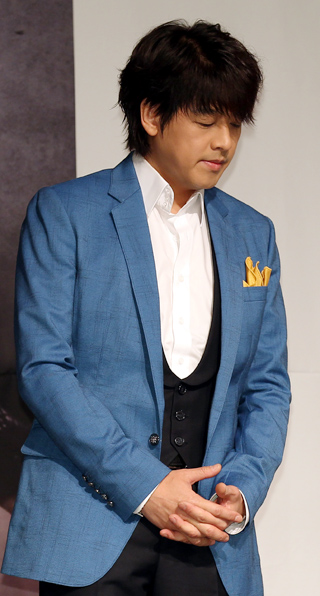 Actor Ryu Si-won is being sued by his wife, who is currently in the middle of divorce mediation, according to local media reports yesterday.

The wife, surnamed Cho, filed a suit against Ryu on charges of blackmail in February. Ryu’s agency explained details on the new lawsuit as saying that Cho alleged Ryu threatened her during their fight during marriage.

“Their fight was recorded two or three years ago and it is a malicious act to have advantage over the ongoing divorce,” said the agency yesterday.

The two are scheduled to have a mediation process at a family court in Yangjae, southern Seoul on April 23.

Cho filed a petition for divorce mediation in March last year. The two got married in October 2010 and have a daughter.

Ryu has said that he would refrain from detailed comments on divorce to protect his daughter from any harm.