Dead ringers may be identical twins

Dead ringers may be identical twins 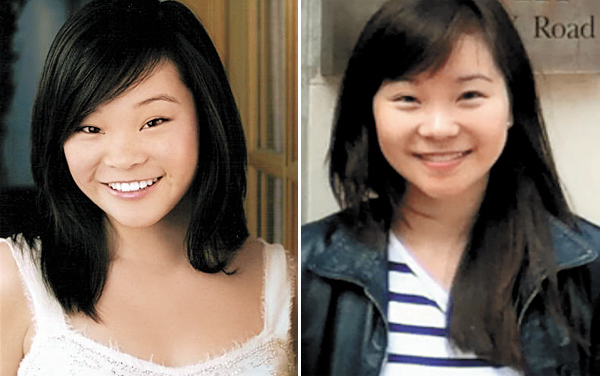 American actress Samantha Futerman (left) and French fashion student Anais Bordier believe that they are twins separated at birth. They realized they might be related after Bordier’s friend saw the American actress on YouTube. Screen capture from Kickstarter

LONDON - When Anais Bordier started a Web chat with Samantha Futerman, who she has never met, she saw her own face looking back at her on the screen, but speaking with a different accent.

The nearly identical looking women live on different continents and until recently were complete strangers.

Futerman is an American actress living in Los Angeles who has appeared in “The Motel,” “Memoirs of a Geisha” and most recently “21 & Over,” while Bordier is a French fashion design student living in London.

Prior to the video chat, the women discovered they were both born in Busan on the same day, leading them to believe they might be twins separated at birth.

The story began unfolding when Bordier’s friends spotted the American actress on YouTube at the end of last year. Struck by the striking resemblance, the 26-year-old fashion major carefully watched a series of films featuring Futerman to determine that there must be something between the two.

When she did a quick Google search on the actress, she found that their date of birth was exactly the same. She finally decided to reach out to her possible twin, sending Futerman a message via Facebook.

In the message, Bordier introduced herself. She said she was born in Busan on the same day, adopted by a French family four months later and grew up in Paris. Bordier also asked Futerman to take a look at her Facebook photos.

After receiving the message, Futerman was convinced that they might be twins and let Bordier know that she was also adopted four months after she was born.

They have since stayed in touch online through Skype and Facebook but still haven’t met in person.

The two possible sisters are now trying to raise enough funds for a long-awaited reunion, and they kicked off a Kickstarter campaign last month.

Kickstarter is an American-based Web site that provides tools to raise funds for creative projects via crowd funding. They plan on making a documentary based on their story and filming their final meet-up. They also will take a DNA test to prove they are biological twins.

Actor Justin Chon, who starred in “21 & Over” and “Twilight,” will be at the helm of producing the documentary. The project already has more than 300 supporters and raised more than $30,000, the minimum goal they set for the production. The fund-raising period ends on April 18.

The film will revolve around the two as they prepare to meet in person for the first time, documenting their potentially emotional experiences through video diaries and Skype conversations, as well as respective travel to Europe and the United States.

There is no confirmed story how they were separated at birth. Bordier was adopted through Holt Children’s Services while Spence-Chapin Adoption Services handled Futerman’s adoption.