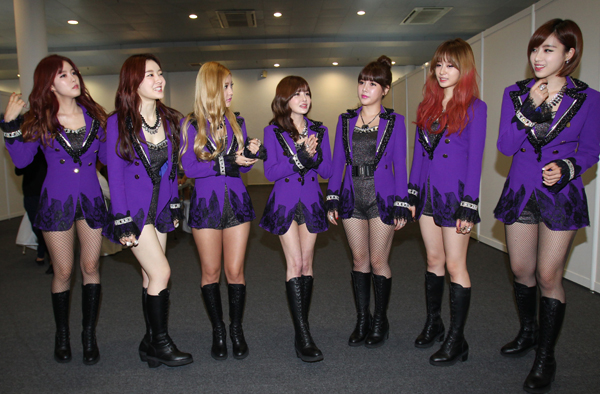 Four T-ara members are to form a unit group starting in May.

Jiyeon, Eunjung, Hyomin and Areum were picked for their good chemistry, said the group’s agency, according to a local media report.

This is the group’s first subunit since its debut in September 2009.

It tested the idea while producing an EP in Japan. Members were put in groups of two or three to record “Banista” last month.

Soyeon and Areum, Boram and Qri, and Jiyeon, Eunjung and Hyomin, each made up one team.

The EP was ranked No. 2 on Japan’s Oricon daily chart Wednesday immediately after its release.

Though the unit group has not yet picked any songs, there is speculation that its members will work with music producer Shinsadong Tiger, whose real name is Lee Ho-yang.

The group worked with the composer on other hit songs including “Roly Poly,” “Lovey-Dovey” and “Sexy Love.”