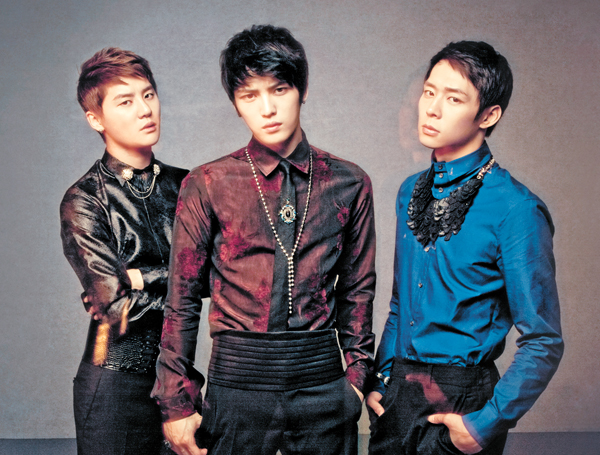 JYJ received a raving welcome from fans in Japan as the group held concerts from Tuesday to Thursday at the Tokyo Dome.

A total of 150,000 tickets were sold for the three events, and they sold out almost immediately after 300,000 people tried to access the ticketing Web site when they went on sale last month. To make sure that fans were not disappointed, the three-member group decided to stream the concerts live at local movie theaters. During the last event, 113 theaters participated.

The group also set a record by having concerts for three consecutive days at the venue. Other Korean acts including Rain, KARA and Big Bang only had two-day stints.

The fact that the concerts were held on weekdays also attests to JYJ’s star power, said one Japanese entertainment agency, according to Ilgan Sports, an affiliate of the Korea JoongAng Daily.

The group had previously been forced to halt its activities in Japan during a legal battle over an exclusive contract with its Japanese agency AVEX.