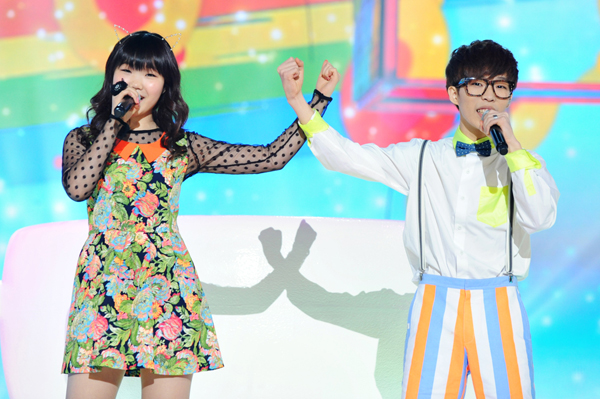 The duo of Lee Chan-hyuk and Lee Su-hyun established its popularity early in the season with songs it wrote and composed, and beat 15-year-old contestant Bang Ye-dam who earned the nickname “Little Michael Jackson.”

In the final competition, each contestant performed two songs. In the first task to sing a cover of a song previously performed by another musician, Akdong Musician presented Hanson’s “Mmmbop.”

Bang chose “Officially Missing You” to avoid singing one of the original songs written by the duo.

The duo received higher scores from judges in the second round after winning in the first round and grabbed victory in the overall competition.

The duo will receive 300 million won ($264,000) and a chance to debut with a major entertainment agency.

Some songs introduced during the competition include “Don’t Cross Your Legs” and “Is It Ramen?”