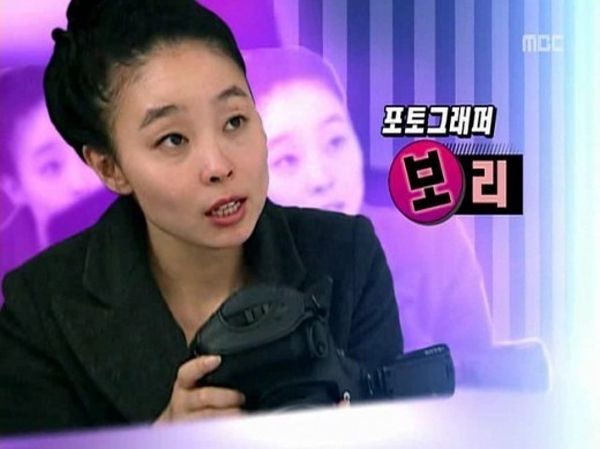 Photographer Bori, who worked on the MBC reality show “Infinite Challenge,” passed away yesterday due to a brain hemorrhage.

In the show, the artist, whose real name is Lee Bo-kyung, helped members put together a calendar in 2011. She also made an appearance on a reality show on cable network OnStyle called “Challenge! Supermodel Korea” and worked in a variety of advertisements with celebrities.

“It was always exciting to work with Bori, and hope you rest in peace” said actress Lee Da-hae on her Twitter yesterday.

Singer and actress Uhm Jung-hwa reminisced on Twitter saying, “I remember you walking energetically down Garusogil at night with a big backpack on your back.”

She first collapsed from the brain hemorrhage in March. Ever since, many entertainers, including singer Yoon Jong-shin and actress Choi Gang-hee, had wished her a quick recovery on Twitter.